will present first usury in Hinduism, then what is in Islam on this subject, and a conclusion on the most important points.

When I was looking for usury in Hinduism, it came to my mind that the concept of usury might be absent in Vedas as well as the word कुसीद (Kusid), ब्याज (Bayaj) साहूकारी (Sahukari) (usury) do not exist in Vedas. This was merely a doubt at the beginning, and then I saw some supports for what I have thought and I will present it here.

There was on one of the websites in 2004 a question about any reference from Veda on usury. The question said:

“I wonder if anybody here knows any references to usury (charging interest on loans) in Vedic literature. Any help will be greatly appreciated!”

There were some comments on the question that give a clear idea on the subject. One of the comments said:

“I am surprised that the resident and visiting Vedic scholars have not run across references to usury in the Vedas.”

“I wish I had reference to Vedic sources on usury. I don’t.”

“Usury is absent in many other ancient cultures.”(1)

So, it is clear from the above-mentioned quote that we cannot find reference or even a word on usury in Vedas, the most authentic scriptures for Hindus. In addition, it is evident that any single word denoting usury is surely later development in Indian Culture.

Definition of Usury in Hinduism:

The definition of usury is also confused in Hinduism, because, the issue of usury in Hinduism is not an issue of divine dictation, and thus it has become an issue of jurisprudence, intellectual and philosophical subject, and whenever the matter was so it is always a field of acceptation and rejection, permission and prohibition.

कुसीद Kusida, any loan or thing lent to be repaid with interest, lending money upon interest, usury.(2)

In olden times, silver and gold used to stand for modern coins and currency notes.

Silver is mentioned in the Atharvaveda. The Mahajani system is mentioned for the first time in the Shatapatha Brahmin (शतपथब्राह्मण) a commentary on Yajurveda. And the usury has been called Kusidin. In the Taittiriya Samhita (तैत्तिरीयसंहिता), the word Kusida for loan is also found.

The word कुसीद Kusid is also synonym with the word loan, Hence, the term is not specific to usury, but includes the loan without interest and the loan with interest which is called usury. It is well known that usury is different from an interest-free loan, as a loan without interest is permissible, desirable, and stems from a beautiful humanistic behavior. As for the loan with interest, is forbidden in Islam, whether it is little amount or big amount, but in Hinduism, the subject is confused and doubtful.

Usury or कुसीद या ब्याज is “the payment that the borrower receives as a reward for abandoning his right to benifit from the production power of the borrowed capital “.

In modern Hindi, we find another word for usury that is साहूकारी Sahukari (moneylending) that means lending money on interest.

Prohibition of Usury in Hinduism

There are some Hindu texts which denote that usury is forbidden in Hinduism. I will mention here some of them.

“A Brâhmana and a Kshatriya shall not lend anything at interest… ‘He who acquiring property cheap, gives it for a high price, is called a usurer and blamed among those who recite the Veda.’”

‘God weighed in the scales the crime of killing a learned Brâhmana against the crime of charging interest; the slayer of the Brâhmana remained at the top, the charger of interest sank downwards.’ (3)

It is noteworthy that charging interest on loan is prohibited in Hinduism, but this ruling is not general for all, rather, it is only for two castes; Brâhmana and Kshatriya.

In addition, Goutama allows taking interest from someone else on the loan, but Boudhain rules that food should not be eaten in the house of Brahmans who receive usury.(4)

Bhishma said, ‘..They who betakes themselves to improper conduct, they who take exorbitant rates of interest, and they who make unduly large profits on sales, have to sink in hell.’ (5)

In the language of economics and mathematics, even though the interest is considered to be the rent or charge of capital, it is considered inappropriate in Islam.(6)

Usury Is Permissible in Hinduism

Besides this, there are texts in Hinduism indicating that usury is permissible in Hinduism and here we present some of them:

The Manu Smriti says in this context:

“There are seven lawful modes of acquiring property, (namely,) inheritance, finding or friendly donation, purchase, conquest, lending at interest, the performance of work, and the acceptance of gifts from virtuous men.” (Manu Smriti 10.115.)

According to Yajnavalkya Smriti, usury is one of the minor sins: “There are many Upapātakas (minor sins and immorality)….learning from a servant, teaching a superior, adultery, usury, sale of salt, disrespectful livelihood, misappropriation of a deposit, breaking of a vow, sale of meat, sale of a cow, abandonment of father, mother or a friend, sale of tanks and parks, selling of daughter’s ornaments, crookedness, causing others to break their vow.” (Yajnavalkya Smriti13 — 20)

This quote includes a number of minor sins according to the Hindu terminology, but learning from a servant, teaching a superior, adultery, sale of meat and sale of a cow are minor sins! However, now some Hindus kill Muslims for cow slaughtering, and learning from a servant and teaching a superior are not practiced in Hindu societies.  In addition, the usury has been regarded as minor sin. 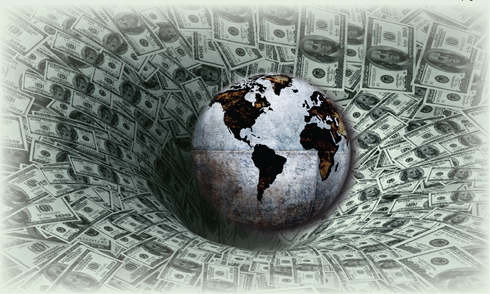 Moreover, Manu permits 8% of interest on loan. Manu says in this regard:

“A money-lender may stipulate as an increase of his capital, for the interest, allowed by Vasishtha, and take monthly the eightieth part of a hundred.” (Manu 8.140.)

Further, Manu adds: “If he cannot pay the money (due as interest), he may insert it in the renewed (agreement); he must pay as much interest as may be due.” (Manu 8.155.)

“Or, at pleasure, they may lend to a person who entirely neglects his sacred duties, and is exceedingly wicked.”(7)

Opinions of Hindus on Usury

Here we would like to mention the views of some Hindus about usury in Hinduism. It seems that most of them see that usury is permissible.

Lending at interest is not a sin at all. Its perfectly legitimate. But usury (lending money at unreasonably high rates) is a minor sin(an Upapataka).

I highly doubt we can find anything related to banking in scriptures as that time it wasn’t present. Scriptures were written considering that age and all other commonalities which won’t change ever. You might be able to compare with some scriptures but still that could be contradictory.

It is well-known that usury has rampant and destructive results on the Hindu society. Even, the Indian government issues a license to those who lend money on interest. Since poverty is widespread in Hindu villages and countryside, people are in dire need of borrowing money from the proprietors especially to prepare their girls for the marriage and the greedy people lend on the interest, but very soon they realize that they are unable to make the payment, or to return the loan with interest they are subjected to harassment and sometimes the owners extend a hand of injustice to their women and daughters, and may engage in sexual harassment eventually this leads to suicide. Here are some unfortunate incidents that are published in the newspapers. One of those stories says:

I have paid in interest more money than the principal loan, what can I do if I do not eat the poison? After purchasing the house, I needed to borrow 100 thousand Rupees from two different money lenders to pay one lakh rupees. I borrowed one lakh on interest and so far, three lakhs have been paid to them, but according to their calculation, the principal amount is still two and half lakh rupees. If I do not eat poison then what would I do?(9)

35-year-old Basantilal of Ringnia had borrowed Rs 30,000 from Ashok Sen, a resident of the village. After paying one and half lakh rupees in interest, still 12 lakh rupees remained due according to his calculation. Basantilal committed suicide after being threatened by the money lender to recover the entire due amount.(10)

The stories we’ve heard so far are just the tip of the iceberg. This is a drop from the ocean, and there are many more such incidents and this is the curse of usury in Hindu society.

A Hindu Loves the Fasting of Ramadan