This article tries to introduce some of the animals worshiped by Hindus and have been regarded as holy due to social and religious reasons. This is a presentation only that does not intend to criticize or condemnation here. 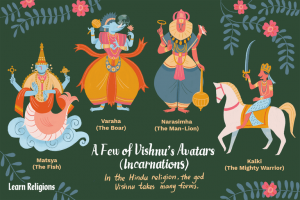 Hulool and ittihad in Hinduism

The philosophy of Hulool (union with the divine) and ittihad (incarnation) in Hinduism is essence of Hindu Dharm. Hulool means advent of God on earth in any form of the creation and ittihad refers to ascension of human-being into the divine or union of creation with the Creator. Both concepts are deep-rooted in Hindu philosophy. Basically,    Hulool is mother of all sorts of polytheism in Hindu society. If the immortal comes in the form of mortal, the mortal becomes sacred and a deity for the Hindus because of the contact and association of God with the thing.

Hindus have developed to ten incarnations of Lord Vishnu. From water born fish they took it to amphibian turtle. From Amphibian turtle, they took it to the next level of land animals- ‘pig’ avatar. Then half man half animal (Lion) Narasimha avatar, then humans with more and more intelligence. So, if Hindus worship countless forms or shapes, it is nothing strange to them.

Hindu scriptures instruct that not only humans, but also animals must be treated equally. Just as humans feel grief and pain, so do animals and feel the pain and grief. Therefore, a rule has been laid down to take proper care of them. People who take care of animals also get endless virtue and reward.

And animal mercy is also a matter of Islam, and there is a promise of great reward for that.  But in Hinduism, there are some animals that have been told to be worshiped. We will mention here some of those animals.

Snake as a Deity in Hinduism

Cow a Deity in Hinduism

Hindus believe that all gods and goddesses reside in the cow’s body. That is why cow is considered sacred and holy in Hinduism. A person who worships cow regularly gets all the happiness. Hindus regard its excreta; urine and dung pure and purifier. And this is only for the cow not for buffalo or other animals.

Bull a Worshiped Deity in Hinduism

Elephant a God in Hinduism

Horse a Deity in Hinduism

In ancient times, whenever kings and princes used to go on a war, before that they used to worship horses. It was believed that worshiping horses give victory and causes defeat the enemies in the war. Recently, when India bought some fighter jets, Indian Defense Minister performed ‘Shastra Puja’, on the Rafale combat jet.

Mare as a Deity in Hinduism

Mare or female horse is also worshiped in Hinduism.  During the marriage, the groom rides the mare and before that the mare is worshiped. Only after worshiping, the groom is allowed to ride the mare. It is an ancient tradition that has been considered auspicious in Hinduism. In this regard, it is believed that by keeping this tradition, the bride and groom’s marital life will be full of happiness and prosperity.(1)

Monkey is believed by Hindus as the form of God Hanuman or Bajrang Bali, the god of power and strength. Many Indian temples like Durga Temple, Varanasi and famous Monkey Temple,  Galta, Jaipur is the home for thousands of monkeys. The biggest monkey is known as Langur or Hanuman Langur, is the most sacred in India. There is a famous Ubud Monkey Forest and temple complex in Ubud, Bali 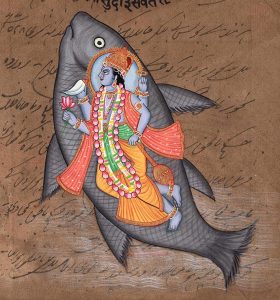 which is one of the most tourist-attraction in Bali and Swayambhunath in Nepal.

Tiger A Deity in Hinduism

The Royal Bengal Tiger “National Symbols of India” is one of the sacred animals in India. The National animal of India Tiger and Great Lion are the vehicle of Hindu deity “Maa Durga“. The Bengal tiger is worshiped by the tribes and by the sundervan people.

Kurmavatar, an incarnation of Hindu God Vishnu is the oldest tortoise according to Hindu Mythology. But we have even Rishis (seers) in the name of frog (manduka)owl (Uluka) and tortoise (Kasyapa)in Vedic literature. Kasyapa is one of the Vedic Rishis. Kasyapa means tortoise. Kashmir is named after Kasyapa Rishi. Kumaon hills in the Himalayas is named after Kurma Avatar. We have Kurmavatar statues in Kahajuraho Lakshman temple (M.P) and Osiyan temple in Rajasthan. One exclusive temple for Kurmavatar is near Srikakulam in Andhra Pradesh. (2)

A Hindu Loves the Fasting of Ramadan